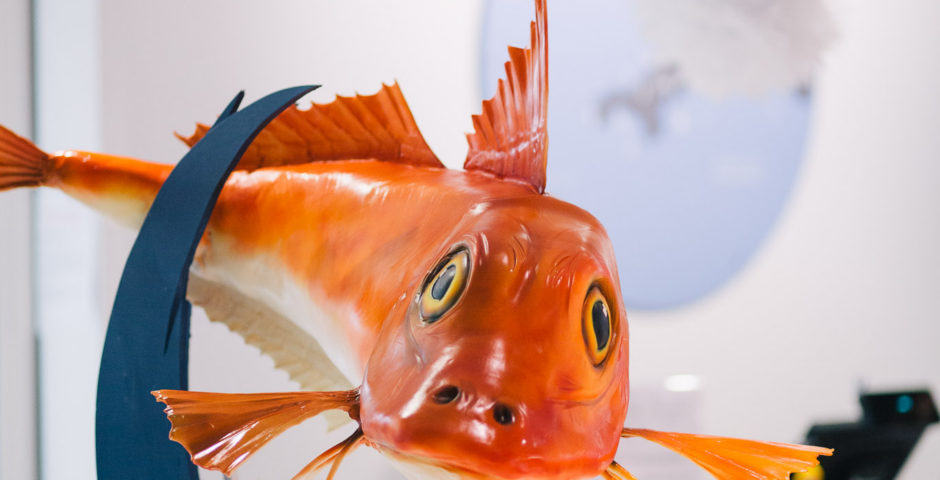 WATCH – EXTREME CAKE MAKERS ON TUESDAY 2ND MAY AT 5.30PM

Commissioning ‘Gary the Gurnard’ presented a fantastic challenge to Peboryon, it needed to be dynamic, colourful and have a big personality, to reflect the vision of the Store and its connection with the land and the sea.

At the same time, Peboryon was also approached by Channel 4 to take part in an exciting new show called ‘Extreme Cake Makers’. They sent a film crew down to Penzance, where Peboryon is based and also interviewed Ruth about the nature of the commission. They proceeded to then follow the creation of the fish, from first drawings, to construction, to the cake being made to its final installation at the customer event in store in Truro.